I am very pleased to announce the next exhibition “Reprises“ at the SPEOS Gallery – 7 rue Jules Vallès, 75011 Paris – from April 14th to May 7th, 2015.
All the informations are presented in the French press kit. 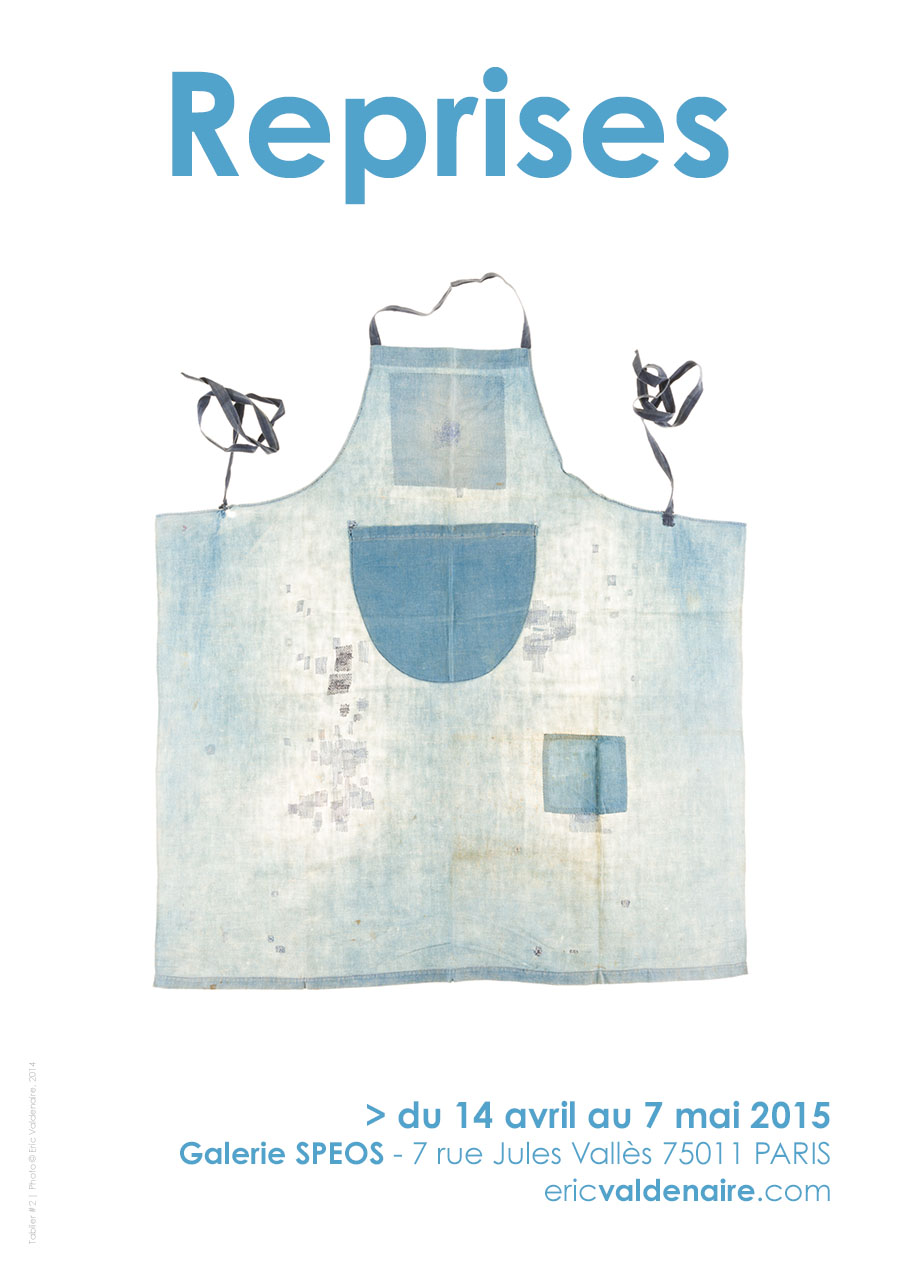 Poster of the exhibition “Reprises” presented at the SPEOS Gallery 7 rue Jules Vallès 75011 Paris from April 14th to May 7th, 2015

“As if I was a collector, I track down mended fabric, from back then to our days. Originally, it was my love of the material, which becomes fascinating as soon as one looks at it closely, or even very closely. Used fibers appear next to those that replace them, sometimes thread by thread, with the aim of mending the fabric in a discrete and efficient way. Thus, the humanity hidden within the material becomes apparent. Who was behind this piece of incredible handiwork? The wife of a worker who spends his days at a factory, a farmer anxious not to spill any grains on the fields, or a young woman who tries to avoid throwing away items that can be used again and again, and certainly could not think of buying synthetic fiber products imported massively from Asia? Whatever the reasons for mending these items, they all bear witness to a precise moment – sometimes even to entire lives.
Starting in 2012, my work on this subject continues to this day. Having searched through flea markets, it is now museums and collectors who contact me to photograph their fabrics. This has become part of a broader reflection on the notion of heritage of all kinds – textile, industrial, human – as they all are one.”